Everybody has a “place”, for me it has to be Lobito, in Angola. There is just something magical about the place. I don’t know if its the name, the scenery or perhaps it is because it is without a doubt the best billfishing destination in Africa!! For the past 10 years Lobito has hosted its now famous Lobito Big Game Tournament. I have been fortunate enough to have taken part in some of these tournaments, with mixed results.

In 2009, we hooked 8 blue marlin, one of which was a grander, and never scored a point.

In 2011, a tiny impeller cost us the tournament and saw us arrive late for the weigh-in with a total of 5 sailfish, tagged and released, which was the most fish in a single day in any tournament in Angola (at that time we were the first team to practice bait and switch in Angola). We came back strong and managed to place second.

2012, I had fishing clients and was unable to compete and my team won – maybe I am the Jonah? Up until 2012 I had the honour of fishing with the greatest teachers, gentlemen and all round nice guys- Dr Iain Nicholson and his brother Cam, on the Marlinheiros team.

2014 was my debut as a Captain in the tournament. By now the other Angolan teams had fished the World Champs in Costa Rica and Mexico and had improved their methods and adapted to suit them to their local waters. Amongst the fleet we had the FIPs-M World Champions, the IGFA World Champions and five of the top ten anglers in the world!!! Quite a line up. We arrived with our tiny 28ft Butt Cat with high expectations but knowing that we were fishing amongst the best. Practice days saw us attempt to establish our rhythm and master our techniques- as we had never fished as a team and were trying something entirely new- swimming baits for sailfish as the days of bait and switch were over. The first day of the comp, everything came together and we ended up with 11 sailfish caught. We lost some points at the jury due to videos and ended up tied first. Second day was disaster for us and from there on it was all downhill. I wanted a top ten finish, we managed seventh so I was sort of happy with it but I know we could have done a lot better. We ended up with 28 sailfish for the competition, with a total of 480 billfish caught amongst 40 boats in 4 days fishing.

2015 saw me fish with a new team. Due to charters we only had one practice day. Fishing was slow for us but we managed to find a small pocket of fish as we were about to up lines which gave us confidence for the first day. After the binimy start majority of the boats headed north, we however (along with a few others) decided to make our way south. We just set out our full spread and in come a sailfish – 1 from 1. in these competitions full points are rewarded for fish which are tagged and released. As we tagged the first fish, the tag stick broke, so no tag = half points! With the spread out we immediately raised 2 and hooked 2. Now we had to make a plan to tag! A bit of improvisation with a leatherman and a piece of wire saw us tagging those two fish but our adapted tag stick cost us valuable time as we had to bill each fish. A quick call over the radio to Iain resulted in a new tag stick. The day carried on in a blur, making baits, tagging, releasing, shouting, high-fifing, more shouting, more high-fives and so it went on until lines up. The last half an hour saw us fighting hard to land just one more fish, which unfortunately did not join the cause. We ended the day with 19 from 26, setting a new daily Angolan record. By far my most special offshore tournament day. 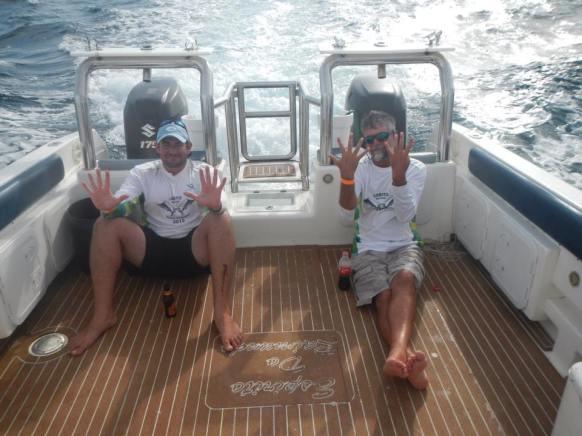 The rest of the competition did not go so well for us and we managed to place fifth, however day 1 made it all worth our while. A staggering 993 billfish were caught over a period of 4 days by 40 boats. All fish were tagged and released, besides the 6 which died during fighting or for world record purposes. 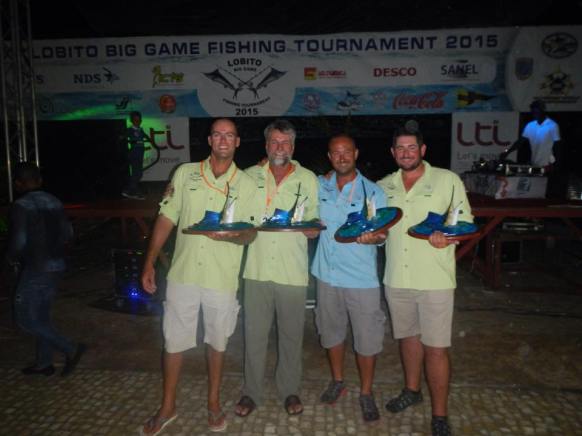 Due to a busy charter schedule we were unfortunately not able to fish Lobito in 2016 but you never know what the future or the deep blue holds! Lobito will forever remain one of my favourites. 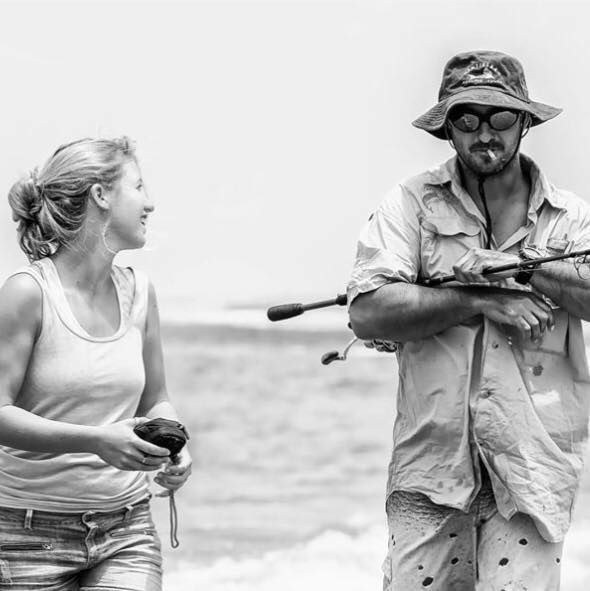